Meet Isaac Chamberlain – one of UK’s top professional cruiserweight boxers and ambassador for Gloves Up Knives Down. He’s trained with world champions, had an impressive run of knock-out fights and even headlined at the O2 Arena. It’s safe to say that he never intended for any of this success to happen – he really was just staying out of trouble…

Isaac grew up in Brixton, South London and despite being a great student (his mum wanted him to become a chemical engineer), he and his family didn’t want him to become a product of his environment. There was a lot of gang crime, drug dealing and violence, which tragically saw Issac lose a family member at a young age.

As soon as he stepped into the gym and into the ring, he felt a buzz he never had before. Isaac loved pounding the punching bag, the rigorous training and, for the first time, he believed he could do anything.

Sparred on by determination

One thing that set Issac apart from everyone else in that gym was his determination.

“I had to work really hard,” he says. “And I found the value in that because I saw so many guys before me around my age group that were in the boxing gym. They had similar backgrounds to me, they came from the street. They were really good. But one thing that they messed up was that they didn’t have the consistency. They didn’t have that hunger, they were better than me. But, I just wanted it more. That’s always been the case. I’ve always wanted it more, no matter what. I believe that whatever you can achieve in your mind, you can do it too, whatever it takes you can do it. That’s what I believe in my head.”

From then on, Isaac never had much of a plan. But his focus was lazer sharp and simple – to become world champion. Boxing was his obsession, he’d leave the gym wearing his amatuer boxing tracksuit with pride. After school, he went to the gym. Instead of parties and playing with friends, he was in the gym. He missed out on a lot in his teenage years but felt he learnt so much to set him up for success.

The secret to his meteoric rise? Self-belief, discipline and sheer determination. But, it hasn’t all been plain sailing. Isaac made a humbling decision to not go to the Olympics, but to instead turn pro so that he could give back and provide for his mum and six siblings.

Early on this professional portion of his career, he lost a fight which devastated him. But, he was undeterred. He notes how the difficult days were just part and parcel of the process. He credits being able to “take the emotion out of it and keep working” to his success.

“Keep working, Never give up. Stay committed to the process and the goals. No matter the setback, still turn up and give it a hundred percent.”

Discover more secrets of Isaac’s success, including nutrition advice, what he learned by training with world champions, and how he’s managed to face up to the darkest of days, on Tictrac.

Find out more about how our Health and wellness software, can help your employees become happier and healthier at work. 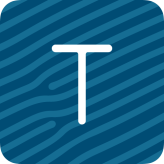